Yesterday low-cost carrier Jin Air announced services from Seoul to Cairns to start in February 2017. This is the first direct service from Korea into the Cairns region.

The airline have a fleet of both 737-800 and 777-200ER aircraft. They will use the 777 variant for these services. Interestingly their 777 fleet have 2 different configurations of 355 and 393 seats. It is not clear which variant will be used. 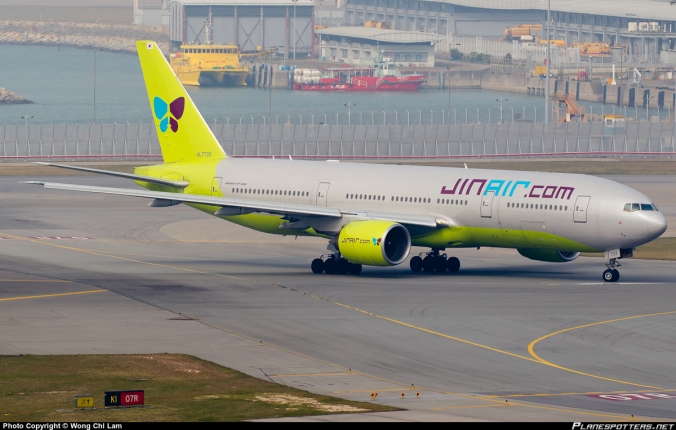 The layout of the seating on the 777 is 2-5-2 which surprisingly isn’t too bad for a low-cost carrier. The airline has a somewhat ‘premium’ cabin called Jin Plus, the seat is only 6 more inches wider then the economy cabin.

They also offer IFE in 2 forms. They offer a downloadable application and also offer tablets which can be purchased to use.

Also something that is interesting is that their parent company is Korean Air a full service airline. This means they do all their maintenance and checks which is quite relieving to know for some passengers.

For a low-cost carrier they do not sound too bad, compared to some other LCC’s they seem to be quite good especially only being 9 across. I would be very interested to see the loadings of the flights when they start.

Yesterday American Airlines landed in Auckland marking the commencement of their daily Auckland service with their new 787 aircraft. American has expanded their pacific network with adding a direct daily service to Sydney and now Auckland.

For Oneworld flyer’s they had no direct service to the U.S.A and would have to transit through Australia onto a Qantas or American flight which was a pain for some passengers. This is a strategic route and should function quite well into the future.

However New Zealand’s home born airline Air New Zealand are part of Star Alliance, this means passengers do not currently have a way of connecting through to other cities as there is no Oneworld carrier operating domestic flights in New Zealand. Next week United commence direct services to Auckland so Star Alliance is definitely the bigger alliance for frequent flyers in the country. 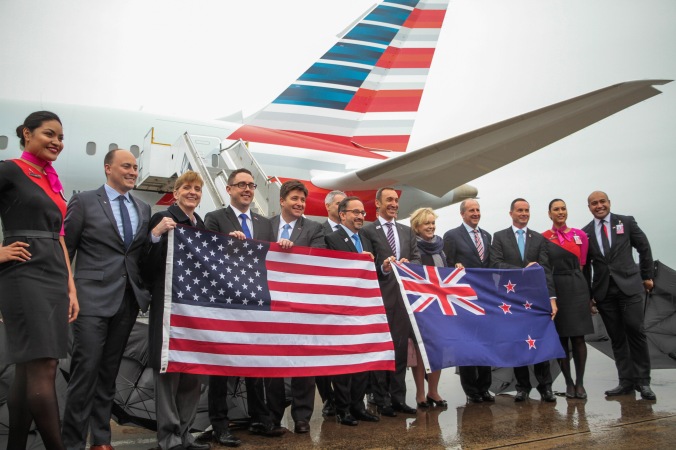 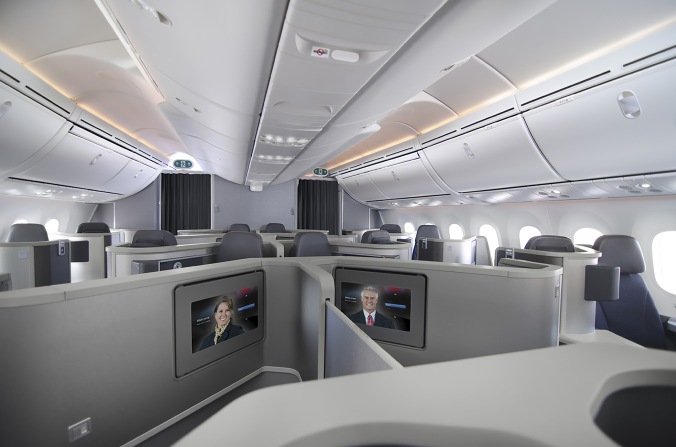 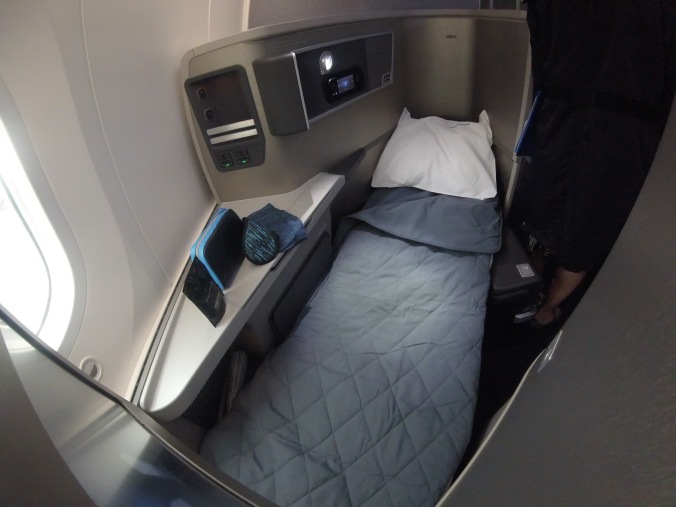 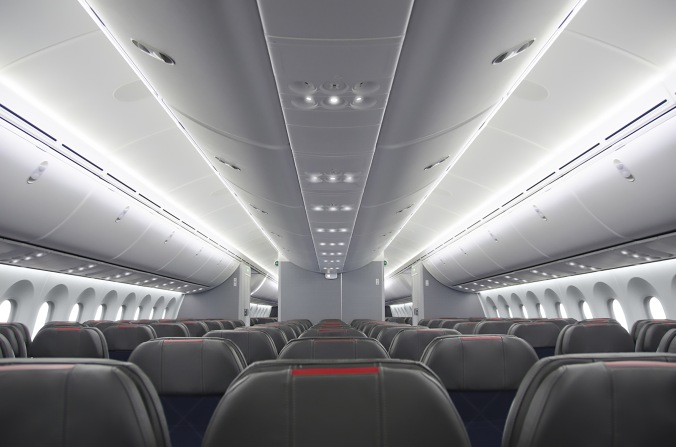 The Airline is offering a fantastic product for the long flight, The aircraft also includes Inflight WiFi which a lot of people love on these flights.

If I was to choose between a Qantas flight or American flight long haul I would definitely take AA. Every business class passenger has direct isle access which is now becoming a standard in business class travel. This product will only be on the 788 as the newer and better 787-9 will feature B/E Diamond seating which I talk about in detail here: American Airlines to add B/E Diamond seating on their 787-9 and A350.

Unfortunately the availability with the flight so far is quite minimal in business class. The US to Pacific routes are extremely popular and often very difficult to snag a premium award seat.

If you do find one however get it that instant! Listed is too options for redeeming miles on this route.

Current price of AA business class to the U.S. in AUD.

I am glad that American is expanding their pacific market and bringing a more modern product to the scene. Currently Virgin Australia and American Airlines offer the most modern business class products to and from the U.S directly.

Also a huge thank you to Kiwi_Aviation for supplying me with these photos as he attended the press conference in Auckland, please go check out his profile as he has some stunning photos.

Since I started using miles and points for flights there has always been several airlines/products I have wanted to try, so I’ve constructed a trip that will allow me to finally review them.

Since I first read about what Lufthansa first class offered I was very interested in trying it. The separate first class terminal and being driven to the plane is very appealing. The dinning also looks brilliant both in the lounge and onboard, also those rubber ducks are brilliant ;). Jokes aside I am very excited to be finally trying this product and being able to review it

Another reason for trying Lufthansa is to finally fly on a 747-8. I have flown the -400 birds many times now but am very excited to try the aircraft.

The route I will be taking is FRA-LAX.

I’ve done Cathay business class before which I am yet to review and quite enjoyed it but slept just about the whole flight. I am not sure what makes me want to try it so bad but I really am interested in trying it. I have heard some great things about the product.

The route I will be taking is LAX-HKG. So I will be able to access the Qantas first class lounge in Los Angeles which is very nice. 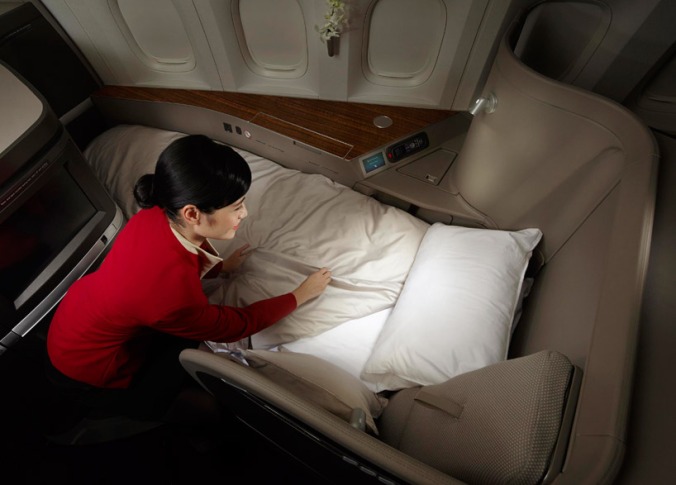 The whole trip is quite last-minute due to Cathay Pacific, Etihad and Lufthansa opening first reward seats quite late.

The routing is as follows:

There will also be a number of lounges I will be able to review.

As I have already reviewed the Etihad first class lounge in Abu Dhabi and the Pier and Wing in Hong Kong I won’t be reviewing them again.

All of the legs will be a mixture of Alaskan miles, Avianca Lifemiles, AAdvantage miles and American Express membership rewards transferred to Etihad Guest and Krisflyer.

This will be one crazy, exciting and tiring trip, Am I crazy or is this normal?

Platinum members of the airline are given 4 complimentary upgrades every membership year which used to be only for domestic flights, this has now changed and can now be used for short haul international flights.

Unfortunately upgrades can not be used for long haul flights to Los Angeles or Abu Dhabi.

The seats are comfortable, feature a good menu, 2x 32kg luggage allowance, a samsung tablet with entertainment and of course lounge access. Virgin Australia use Air New Zealand lounges for velocity guests with gold, platinum club status or travelling in business class. All Air New Zealand lounges have or are still getting refurbished and look  impressive.

However in peak times VA operate A330 aircraft on flights to Nadi from both Brisbane and Sydney as they need more seats for school holidays. The A330’s have all been reconfigured and feature their business suites which are fantastic.

However if you want to try the new business class product I would highly recommend using the upgrades for flights to Perth as there is a lot more value redeeming for a longer flight.

To successfully upgrade you will have to be booked on a flexible fare in either a Y, B, H, K or L fare. These are the more expensive fares.

Upgrades are only eligible for one sector so Sydney – Brisbane – Auckland would require 2 upgrades as that is 2 sectors.

Upgrades with points have also improved. Anyone with status can upgrade at the lounge desk which has not changed but platinum members can now upgrade at any time of the day which makes a huge difference and is very useful.

Their competitor Qantas does not allow points upgrades 24 hours before departure for all members. But platinum and platinum one members can upgrade at the lounge also.

Hopefully this is a sign of what is to come for the future of frequent flyer programs in Australia. All U.S based airlines use System wide upgrades or similar and it makes the status more worthwhile and valuable if your getting those upgrades frequently. 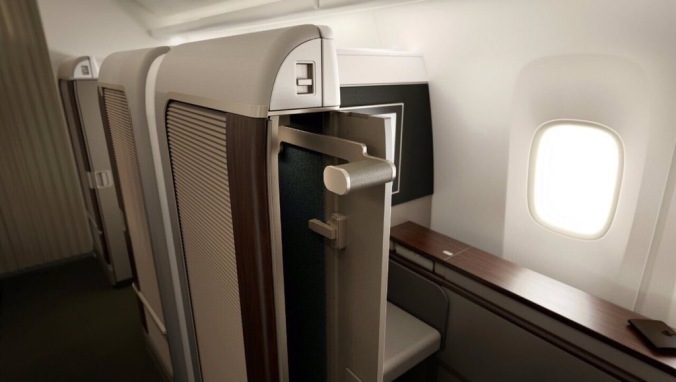 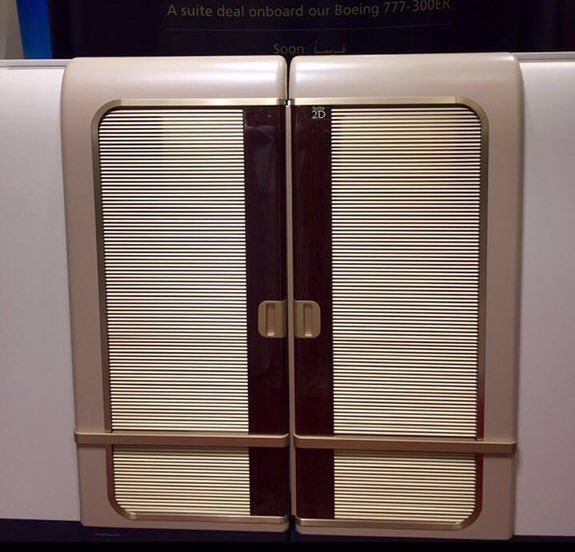 I’m very impressed with the suites and from what I’ve seen and heard passengers are very happy with the airline dropping 2-2-2 down too 1-1-1 which should be the standard in modern day first class seating. 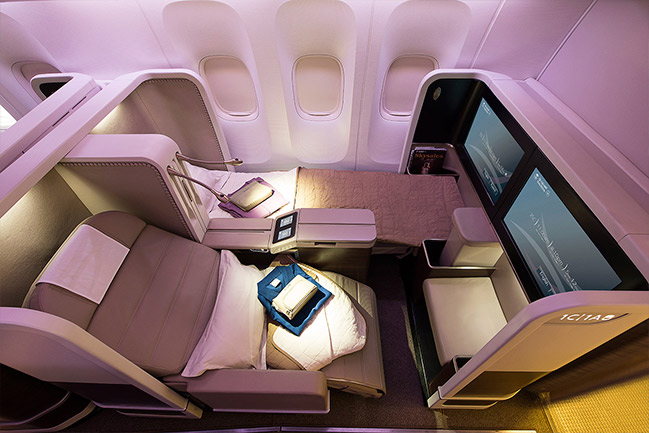 As Saudia are part of Skyteam there should be some great redemption opportunities. unfortunately the airline does not fly into Australia but there are opportunities to try this product to the U.S.

Ever since reaching Virgin Australia Platinum I was given Hilton Diamond which is a pretty cool perk in my opinion. I have stayed at many Hilton properties and the experience has been ‘ok’ yes the room upgrades are fantastic don’t get me wrong but there are a few reasons for my descision.

SPG have offered me a platinum and gold challenge. 8 nights for gold or 18 for platinum so I am going for platinum.

In Australia there are a few ways to earn SPG points but mostly through credit cards. American Express Memebership Rewards can be transffered to SPG at a 1:0.5 rate which isn’t too bad. Also both the Amex Platinum charge personal and business offer gold status which is quite valuable. Dinners club also have a card that tranfers 1:1.

Earning with Uber is also very useful. As someone who uses the ride sharing service very often its great to be earning points for using a CC and SPG points.

I’m not saying that Hilton don’t have a variety they do have a good range but I find SPG properties to have more differences. I recently stayed at Sheraton and a St. Regis and it was very evident that the brands are completely different. I also stayed at a Hilton and Embassy suites and the experience was virtually the same.

This is probably the biggest reason I’m switching to SPG. The hotel group have a very impressive list of transfer partners which are listed below:

Overall thats quite an impressive list. I am most happy about the 1:1 transfer to American Airlines which is another way to get miles instead of buying them.

Starwood are always having fantastic promotions for various things. Recently they have been running promotions for triple points, 40% suites and various other promos which are very enticing and I have taken advantage of these many times.

Ok this isn’t a huge turning point for me but I have begun to love SPG moments! for those who dont know you can redeem your starpoints for various concerts or experiences. They offer luxury suites at various big venues such as the o2 in London or Maddison Square Garden in New York or be in a tent for with a team at the Grand Prix. They have a large list of events that can be bought outright or bidded for.

As the merger between Marriot and SPG is a couple years off I am not too worried about it at this current moment. If the merger was to happen earlier my second choice for program would have to be Hyatt Gold Passport as I already hold platinum with them.